When markets turn volatile, it’s natural to look for some signal to cut through the additional noise and to clarify the stocks that are set for long-term gains. One signal that some investors latch onto is the trend of insider trading.

CEOs, CFOs, COOs, and Board members all have access to the deeper workings of their companies, and their positions hold them responsible for company performance. This gives them a vested stake in the company – and it also gives them a much clearer view of their companies’ potential stock performance. To level the playing field, Federal regulators require that the insiders publish their trades in a timely fashion, and this makes it possible for the retail investor to see what the insiders are doing.

Against this backdrop, we’ve used the Insiders’ Hot Stocks tool, from TipRanks, to look up details on three stocks that have recently attracted substantial ‘informative buys’ from their company officers. All three are also considered ‘Strong Buys’ by the consensus of the Wall Street analysts. Let’s dig a little deeper, to find out what else should bring them to our attention.

We’ll start with Natera, a leader in the medical testing realm. Natera focuses on cell-free DNA, or cfDNA, testing; that is, doing genetic tests based on fragments of the subject’s DNA floating freely in the bloodstream. The company has several testing platforms, including Panorama as a set of non-invasive pre-natal tests; Signatera, a set of tumor-specific assay tests to generate individualized cancer treatments; and Prospera, a set of best-in-class organ tests, to screen for rejection before transplant surgeries. The Texas-based company has expanded its operational footprint to 90 countries around the world, and boasts over 3 million cfDNA tests performed in total.

For investors following the insider moves, Natera this month has seen several important developments. First, the company was accused early in the month of deceptive billing practices. This allegation prompted a major sell-off of NTRA shares – it also prompted the company to decisively rebut the charges the next day. This issue has not yet been resolved; the company points out that the allegation was made by a short-seller research firm.

A week after the billing allegations, on March 14, the company announced that all top execs, including the CEO, CFO, COO, the co-founder, and the executive chairman, plus the non-employee members of the Board, will take the remainder of their 2022 salaries in company stock rather than cash. The company promoted the move as a vote of confidence by insiders in the stock.

Within days of that announcement, Roelof Botha, the lead independent director of the Board, spent over $5 million to pick up 153,000 shares.

Assessing the recent allegations, BTIG analyst Mark Massaro noted, “We think [the] weakness in the stock was overblown… NTRA management decisively refuted all the allegations, which helps to alleviate some of our concerns… We think that the most likely scenarios range from NTRA avoiding any fault in this matter at all, to potentially NTRA possibly paying a settlement agreement in the event a formal investigation occurs.”

To this end, Massaro gives Natera stock a Buy rating, and his $100 price target indicates his confidence in a one-year upside of 152%. (To watch Massaro’s track record, click here.)

Overall, Wall Street remains bullish here, with the 10 recent reviews breaking down 9 to 1 in favor of Buys over Holds for a Strong Buy consensus rating. The shares are priced at $39.25 and their $103.75 average target implies an upside of ~164% for the year ahead. (See NTRA stock forecast on TipRanks)

Next up on our list of insider buys is Vita Coco, a small-cap ($510 million) beverage company focused on the creation, marketing, and distribution of coconut-based beverages and other drinks in the healthy foods market. The company has several brands, including its flagship Vita Coco, the energy drink Runa, a protein-infused water called PWR LIFT, and Ever & Ever, a sustainable enhanced water. Vita Coco boasts that it holds a 46% share in the US market for coconut water and coconut beverages – share greater than its 10 largest competitors put together.

Vita Coco went public in the fall of 2021, with an IPO that saw the company put 11.5 million shares on the market. Of that total, 9 million shares were sold by existing investors and 2.5 million were sold directly by the company. The initial price of $15 per share was below the expected range of $18 to $21 each. Even at the lower price, Vita Coco raised $173 million in the IPO.

During the corona crisis, Vita Coco reported a spike in sales, as consumers stocked up on bottled beverages – and showed a preference for healthier options. In 2021, the company reported that sales continued strong, with a 22% year-over-year gain to $380 million. This was driven by 39% growth in the Vita Coco brand of coconut water. The company reported full-year net income of $19 million, or 35 cents per share, in 2021.

Turning to the insiders, we find that Vita Coco’s Co-CEO and Board member Martin Roper last week bought over $875K worth of company stock – a purchase of 100,000 shares in the company. Roper now owns over 435,000 shares of COCO.

Evercore analyst Robert Ottenstein sees this company in a sound position for future growth, and writes, “Consumer migration to products perceived as contributing to a healthy lifestyle, and the demographic engine of Hispanic and Asian American population growth will continue to benefit COCO’s brands and no beverage category can claim greater authenticity than coconut water. COCO’s understanding of the category, along with its irreplicable supply chain, have allowed it to beat out brands from much larger companies and maintain its commanding market share.”

In line with his bullish outlook, Ottenstein rates COCO an Outperform (i.e. Buy), and his $15 price target implies a one-year upside of ~63%. (To watch Ottenstein’s track record, click here)

The Evercore stance is hardly the only bullish view out there, as the shares have a Strong Buy consensus rating supported by a 3-1 breakdown of Buys over Holds. The stock is selling for $9.18 and its $12.50 average price target suggests a 36% upside from that level. (See COCO stock forecast on TipRanks)

The last stock we’ll look at here is Mission Produce, a small-cap company that has been a major player in the global avocado market for over 35 years. Mission handles both sourcing and production of avocados, as well as distribution, for a wide network of retail, wholesale, and foodservice customers, and four major packing facilities. The company has operations in California, Mexico, Peru, Chile, New Zealand, and South Africa, and its distribution centers offer additional services including ripening, bagging, packaging, and logistics. Mission also owns over 10,000 acres of growing space, distributed around the world to take advantage of differently timed growing seasons. In addition to avocados, Mission also deals in mangos.

Earlier this month, Mission released its financial report for Q1 of fiscal year 2022. The report showed an 18% decrease in the volume of avocados sold, which was more than compensated by a 50% increase in average selling prices compared to the first quarter of fiscal 2021. Total revenues in the quarter came to $216.6 million, up 25% y/y. Despite the increase in revenue, the company reported a drop in earnings, from 3 cents per share in the year-ago quarter to a 19-cent net loss in the current report. Shares in AVO fell more than 20% after the earnings release.

On the insider front, Stephen Barnard, President and CEO of Mission Produce, purchased 25,000 shares of AVO in the middle of this month, paying over $293,000 for the stock.

Despite the low current share price, Stephens analyst Ben Bienvenu believes that AVO is a stock to watch. He writes: “We think the stock is attractive for long-term oriented investors. With volumes poised to recover as we rotate into a new source of supply, we’d expect results to improve as we pivot into the second half of AVO’s fiscal year and beyond. The secular volume growth story is intact, the company’s leading position in the market place is intact, and we think LT shareholder value will be realized.”

Bienvenu sets an Overweight (i.e. Buy) rating on AVO, commensurate with his comments above, and his $20 price target suggests the stock has room for a 70% upside in the next 12 months. (To watch Bienvenu’s track record, click here)

Overall, Wall Street tends to agree with the bull. The 4 recent share reviews include 3 Buys and 1 Hold, for a Strong Buy consensus rating, and the $19 average price target indicates a 61% upside potential from the current share price of $11.78. (See AVO stock forecast on TipRanks)

Thu Mar 24 , 2022
As US sports leagues and tournaments resume usual operations, the business enterprise of athletics online video is generally back again to pre-pandemic concentrations. And sporting activities gambling, which is now lawful in nearly half the US, is emerging as a marketplace opportunity for manufacturers and broadcasters alike.  Loading A little […] 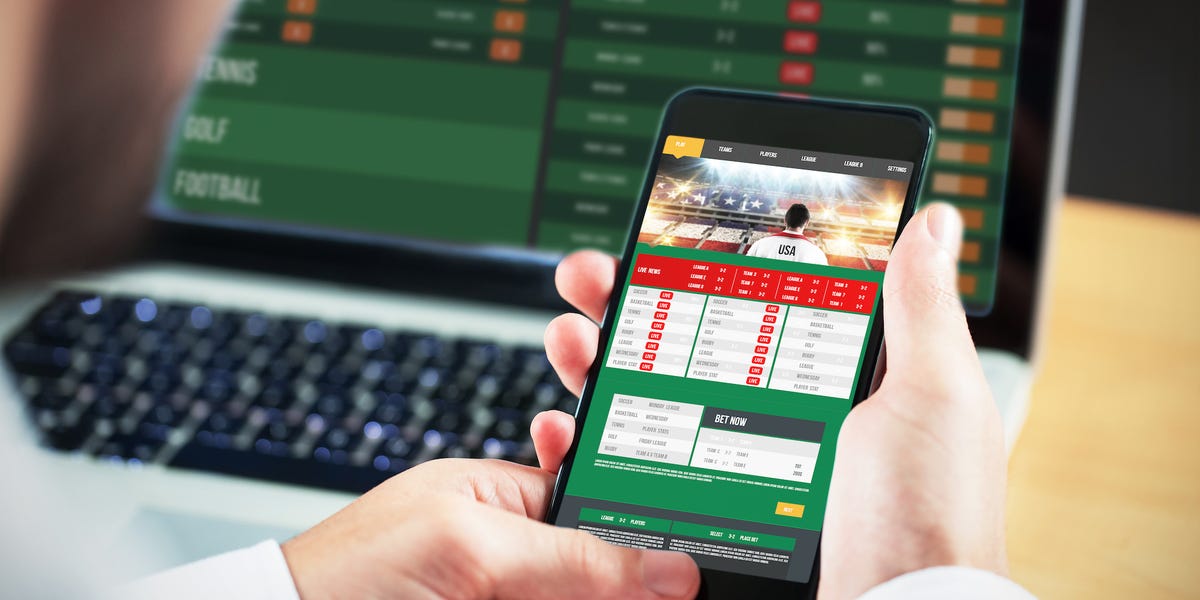