Dozens of human-rights organizations have started a campaign calling for action against Facebook after a week of turmoil for the tech giant.

The coalition of nearly 50 nonprofits launched a new website, HowtoStopFacebook.org, on Wednesday. The organizations backing the effort include the Center for Digital Democracy, the Government Accountability Project, Fight for the Future, and PEN America.

The groups launched the campaign in response to the Facebook whistleblower Frances Haugen’s testimony before Congress last week.

Haugen, a former Facebook employee, told a Senate hearing that the company has sown “more division, more harm, more lies, more threats, and more combat.” In recent weeks, Haugen had leaked tens of thousands of pages of company documents that laid the groundwork for a multipart Wall Street Journal investigation into Facebook. The documents showed that Facebook knew Instagram negatively affects teens’ mental health and that employees were aware that a 2018 algorithm change would elevate false and politically divisive content.

“Whistleblower Frances Haugen has shined a light on how Big Tech companies like Facebook, Instagram, and YouTube use harmful algorithms to recommend content in order to maximize profit, and the mass surveillance and data harvesting practices that power the algorithms,” the petition reads. “Stopping these companies from amassing data by passing strong privacy laws that put people-not corporations-in control of our personal information will severely diminish these platforms’ harms.”

The groups are calling on Congress to subpoena information for an investigation into Facebook and to pass data-privacy legislation that is “strong enough to effectively end Facebook’s current business model.” They’re also asking that the Federal Trade Commission “move forward with rule making that prohibits companies from collecting, purchasing or otherwise acquiring user information beyond what is needed to provide the service requested by the user, and from using this information for another purpose or to transfer it to another company without the user’s explicit, opt-in consent.”

“The best way to stop Facebook’s harms for the whole world is to cut off the fuel supply for its dangerous machine,” the new website says, adding elsewhere that, “These dangerous algorithms use our own personal data to manipulate us. They’re hurting our kids, undermining democracy in the U.S. and globally, and exacerbating discrimination.”

Besides Haugen’s testimony, Facebook was hit with two outages in less than five days last week, affecting countless users around the world in a meltdown that many say highlights a growing need for antitrust action against the company.

Sat Oct 16 , 2021
Michael Dell is a fan of blockchain, which could help boost his company’s infrastructure business. The 56-year-old billionaire told The New York Times’ DealBook that blockchain is underrated. The remarks came during an interview with the Times’ newsletter DealBook on Saturday. Loading Something is loading. Michael Dell is bullish on […] 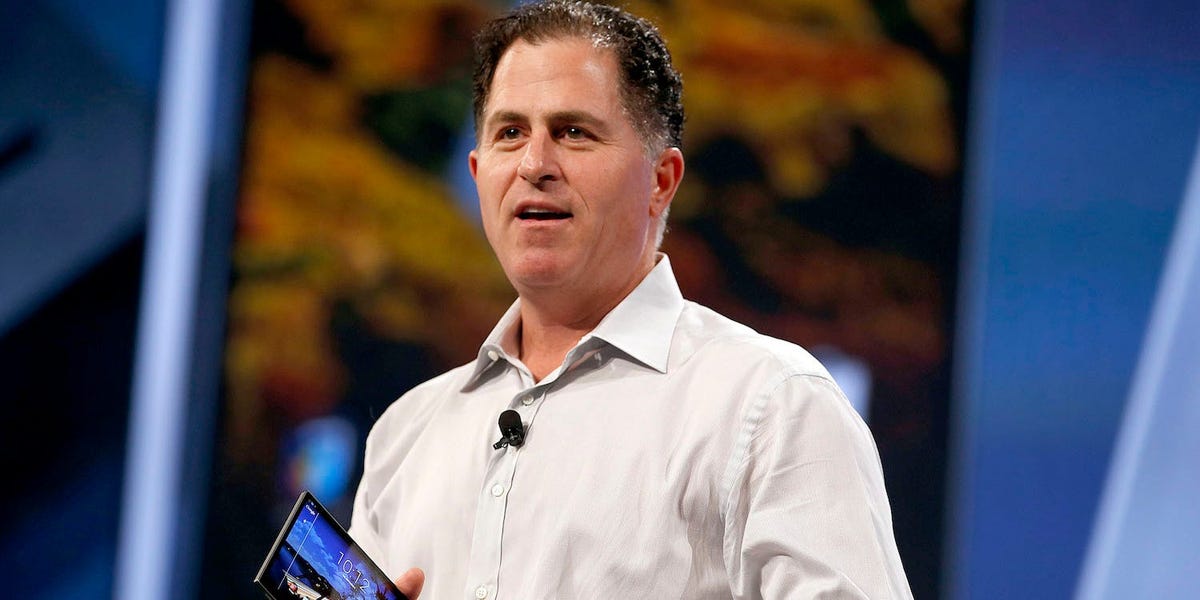