A proposed industrial e-commerce facility on a massive plot of unincorporated land just outside of the city of Fresno is drawing criticism from state regulators and local advocates, who say the project would bring pollution, environmental hazards and other health risks to low-income Latino communities nearby.

The three million-square-foot industrial building, proposed by the real estate company Seefried Industrial Properties, would be constructed northeast of Highway 99 and south of Avenue 7 on a 122-acre site that is situated in Madera County, near the border with Fresno County, according to county planning documents. The five-story building would be used as an e-commerce storage and distribution facility. It is unclear which company would be operating the facility.

The proposed plan is expected to create approximately 1,874 new jobs. County officials have not yet drafted a fiscal analysis for the project or determined how much tax revenue it will generate.

Seefried Industrial Properties did not immediately reply to a request for comment.

It is unclear when a draft of the environmental impact report would be completed, Bax said in a Nov. 9 email to The Bee, though county officials project that the first Planning Commission hearing on the matter could be held as early as June or July 2022. If the planners approve the project, the Board of Supervisors would likely take up the issue a month later, Bax said.

Critics of the development say the project as proposed would have severe negative impacts on residents’ health and the environment. The community living in the census tract where the project has been proposed already experiences disproportionately high levels of pollution burden and asthma, according to CalEnviroScreen, a state tool that maps local pollution sources.

The distribution center’s operations would require the daily use of on-site equipment such as forklifts and yard tractors, as well as high volumes of truck traffic that could create toxic diesel emissions and smog-forming contaminants, according to the California Air Resources Board, a state agency charged with protecting the public from toxic air exposure.

Due to the proximity to neighboring communities, the project “should not proceed in any way” without the correct mitigation measures, alternatives and public participation in the planning process, Robert Krieger, a branch chief with CARB’s risk reduction unit, said in an Oct. 28 letter to Madera County planning officials.

“The area surrounding the project is home to some of the most vulnerable neighborhoods in the state,” Krieger wrote. “Due to the project’s proximity to residences and schools already burdened by multiple sources of air pollution, CARB is concerned with the potential cumulative health impacts associated with the construction and operation of the project.”

One of the biggest problems is the proposal’s scope, said Madeline Harris, a regional policy manager with Leadership Counsel for Justice and Accountability, which advocates for policy decisions based on the needs of the Central Valley’s disadvantaged communities.

The project site would be situated in a census tract where many residents regularly face high levels of toxic emissions caused by truck traffic, she said. The census tracts close to the project are predominantly Latino and already face poor health conditions, she said, whereas majority white census tracts at higher elevations in the Madera foothills benefit from cleaner air.

The project would be a “death sentence” for poor Latino residents in Fresno and Madera counties, she said. It would also further reduce trust between the region’s impoverished residents and government entities, she said.

“This puts residents in a really hard position,” Harris told The Bee in a Nov. 9 interview. “How are people supposed to trust that local government has their best interests in mind when instead of improving life threatening air quality, the county is actively advancing land use decisions that could make it a lot worse?”

Harris is also concerned the facility’s proposed water use and runoff could threaten Madera County’s groundwater supply. The facility will rely on water from onsite groundwater wells and will include an onsite wastewater treatment plant. Harris said this could pose a problem for the region’s residents who are already facing severe threats to water access from groundwater over-pumping and contamination.

Public will get to voice concerns about environment, pollution

County officials have stressed that the public will have many opportunities to voice their concerns as the project’s plans progress. The county will consider the project’s potential effects on nearby communities as a part of the environmental impact report analysis, Bax said. Until the draft and analysis are completed, “it is premature to determine what mitigation may be necessary,” she added.

“Studies are now being prepared to evaluate potential impacts of the project,” she said. “The environmental report will include a detailed emissions inventory and health risk assessment. Mitigation measures for any significant impacts will also be considered. The draft environmental report and the air quality and health risk assessment will be circulated for public review and input.”

La Abeja, a newsletter written for and by California Latinos

Sign up here to receive our weekly newsletter centered around Latino issues in California.

To reduce the harmful effects on the community, Harris said the project needs to be scaled down. She said other measures — such as community benefit agreements for residents and zero-emission policies for the site’s facility and freight operations — need to be put in place before the project is approved.

Harris said jobs at the facility should be prioritized to create employment opportunities for the region’s residents. She also said the project applicant needs to be “fully responsible for paying for damage to roads and repairs on truck routes” to prevent Madera County’s residents from “subsidizing” such repairs with public dollars.

But if the county moves forward with the proposal as it currently stands, it would once more be choosing to prioritize industrial developments over residents’ health, she added.

“Some really big changes would need to be made to this proposal, or it would need to stop depending on what the community wants to see happen,” she said. “As it currently stands, this project is a continued pattern of environmental racism.”

Follow more of our reporting on Central Valley News Collaborative

Nadia Lopez covers the San Joaquin Valley’s Latino community for The Fresno Bee in partnership with Report for America. Before that, she worked as a city hall reporter for San José Spotlight.

Fri Nov 19 , 2021
Emily Santos’ organization is so effective that each of her moms and dads quit their employment to assist. GLENDALE, Ariz. — A Valley higher education pupil has turned pandemic boredom and a adore for Harry Styles into a booming business. “I went from becoming in courses each single day and […] 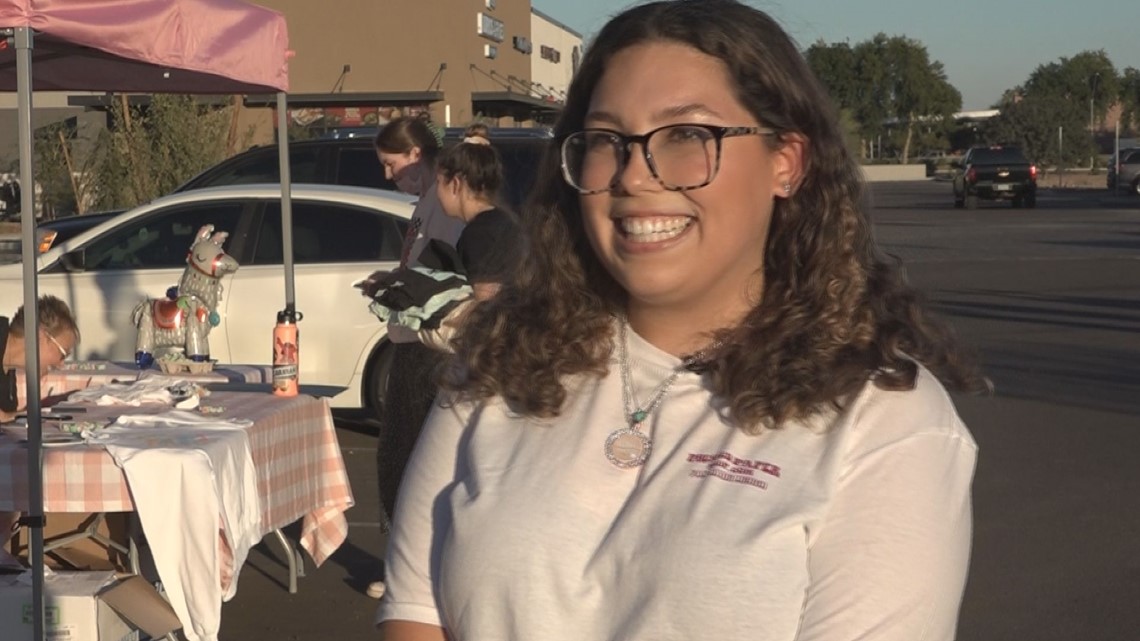