A Harrisburg digital marketing company has announced that it is partnering with a New York firm, and that it plans to expand.

WebFX has partnered with Trilantic North America, a private equity firm, and plans to add 300 additional jobs over the next five years.

“The capital partnership between WebFX and Trilantic North America’s Fund VI will assist future growth for the Pennsylvania based company, supporting expansion in talent, new services, geographic offices, technology, data analytics, and AI,” the companies said in a news release.

WebFX offers a number of digital services for businesses including web design and development to search engine optimization, paid advertising, e-mail marketing and social media management. The company was founded in 1995.

The company has 26 offices in the United States and one office in Australia, according to WebFX’s website. The 300 additional jobs will be added across multiple locations, and the company headquarters will remain in Harrisburg and an WbeFX official said the company will continue to expand and grow its headquarters. In addition to Harrisburg, the company’s other offices in the state are in the Pittsburgh, Philadelphia and Lancaster areas, and WebFX expects to open an office in the York area next year.

“We’re thrilled to have Trilantic North America as a key partner in the next chapter of WebFX,” company co-founder and CEO Bill Craig said in the news release. “Trilantic North America’s partnership will help us accelerate our unique offering of technology-powered digital services, skilled team, and remarkable ability to drive meaningful results for businesses.”

Mon Nov 1 , 2021
Although the full scope of the grand jury’s work was not immediately clear, the witness who testified said it grew out of the referral sent to the attorney general’s office earlier this year, which pointed to a number of potential campaign finance violations during 2020. The Globe also reviewed a […] 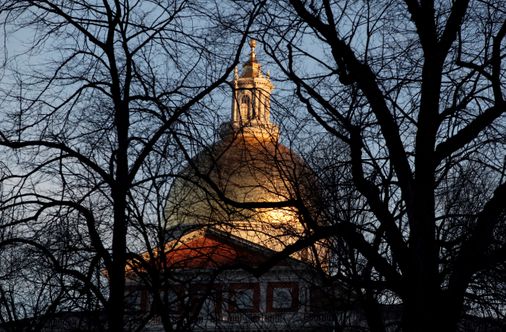