Although it may not be the first company you think of when the concept of e-commerce comes to mind, there is no doubt that Overstock.com (NASDAQ:OSTK) is a player in the market and one that has demonstrated attractive growth over the past few years. Even so, shares of the business seemed to be trading on the cheap. But some of that may have to do with recent performance that suggests a weakening of the enterprise. All things considered, this firm, just like many other small e-commerce participants, has its share of risks. But in the event that management can continue growing the enterprise moving forward, this double-edged play might generate attractive value.

Operationally, Overstock.com is focused on providing products such as furniture, decor, area rugs, bedding and bath products, home improvement products, outdoor offerings, kitchen items, and other miscellaneous sorts of products through its online channels. In all, the company owns four different websites, each one with a different interface, but all supported by the same underlying technology, equipment, processes, and fulfillment activities, as one another.

The company’s business model is centered around offering products that help their users design and furnish their own ‘dream homes’. The company purports to emphasize quality merchandise at competitive prices. Regardless of how good its products are, it does source them from approximately 3,000 third party manufacturers, distributors, and other suppliers. In addition to this core business, management also has diversified the firm to generate a little bit of revenue from advertisements and from various other services aimed at helping their suppliers to optimize their own respective operations.

Over the past few years, the fundamental picture of the company was rather mixed. For instance, in 2017, sales at the firm totaled $1.74 billion. Sales popped to $1.82 billion in 2018 before plunging to $1.44 billion in 2019. That drop in sales over the course of 12 months was driven by a significant reduction in sales and marketing activities on behalf of the firm. For years, the company had been losing money. So their objective was to shift and emphasize turning a profit. The good news is that, since then, sales have climbed back higher. Revenue in 2020, for instance, surged to $2.49 billion. Then, in 2021, it rose further to $2.76 billion. The rise from 2020 to 2021, for instance, was attributable in large part to a 23% increase in average order value that was, in turn, driven by a continued product mix shift into the home furniture categories. At the same time, however, the company did see a 10% decrease in customer orders.

Unfortunately, recent performance, as in the performance related to the first quarter of the company’s 2022 fiscal year, came in a bit weak. Revenue for that timeframe totaled $536 million. That was 18.8% lower than the $659.9 million generated one year earlier. Not only that, the revenue reported by management was also lower than what analysts anticipated to the tune of $37.2 million. On the positive side, the average order value the company processed on its website came in at $221. That was 20.8% higher than the $183 reported for one year earlier. However, this was more than offset by a significant reduction in active customers and in orders delivered. During the quarter, the number of active customers on the platform hit 7.39 million. That’s down from the 9.94 million seen just one year earlier. Meanwhile, the number of orders delivered by the company plunged 32.7%, falling from 3.61 million to 2.43 million over the course of just one year.

From a profitability perspective, Overstock.com has had a tricky operating history. In the 2017 through 2019 fiscal years, for instance, the business generated net losses annually of between $109.9 million and $206.1 million. Then, in 2020, the company reported a modest profit of $56 million. This grew further to a profit of $389.4 million in 2021. Similar trends can be seen with other profitability metrics. Operating cash flow was negative in the three years ending in 2019. In 2020, cash flow totaled $196.5 million. This then plunged to $80.9 million last year. However, if we adjust for changes in working capital, cash flow has been on the rise since 2018. Back then, it was negative to the tune of $158.4 million. Last year, it had grown to a positive $141.6 million. A similar trend here can be seen when looking at EBITDA. After coming in negative to the tune of $193.3 million in 2018, it eventually turned positive in 2020 before surging to $122.4 million last year.

Based on these figures, you might think that the firm might generate even stronger cash flows and earnings this year. But if the first quarter proved anything, it’s that this likely will not be the case. Net income in the quarter totaled $10.1 million. That compares to the $16.1 million seen one year earlier. On a per-share basis, the company generated a profit of $0.21. That missed analyst expectations by $0.02 per share. But on an adjusted basis, the company met expectations at $0.23 per share. Other profitability metrics also suffered year over year. Operating cash flow, for instance, plunged from $74.1 million in the first quarter of 2021 to $33.2 million the same time this year. If we adjust for changes in working capital, it would have declined from $35.4 million to $21.5 million. Meanwhile, EBITDA for the company dropped from $35.4 million to $22.7 million.

Unfortunately, we don’t really have any idea what the 2022 fiscal year will look like. Because of this, it’s best to value the company using 2021 results. Based on this data, the company is trading for an astoundingly cheap price to earnings multiple of 3.7. The price to adjusted operating cash flow multiple is 10.2, while the EV to EBITDA multiple for the company should be 9.7. When it comes to valuing the company against other firms of similar size, financial performance is difficult to come by. Of the five companies I identified that were most comparable, only three had positive price to operating cash flow multiples while two had positive EV to EBITDA multiples. With the price to operating cash flow approach, the range that companies traded at was from 1.5 to 30.1. Two of the three companies were cheaper than Overstock.com. Meanwhile, using the EV to EBITDA approach, the range was from 5 to 152. In this case, only one of the two companies with positive figures was cheaper than our prospect.

Based on the data provided, I believe that Overstock.com is an interesting company. But while the past couple of years have been positive for it, the fact that active users and overall orders on the platform decreased is a significant cause for concern. Yes, shares do look cheap. In fact, if the company can get more consistent performance under its belt, this could lead to significant upside potential. But the way things are now, I feel like this is very much a double-edged sword. The business could well generate attractive value for its investors in the years to come. But at the same time, it does not offer the fundamental stability and consistent top and bottom line improvements to make it anything other than a risky opportunity.

Who is Eric Schwerin? What to know about Hunter Biden’s business partner

Wed May 4 , 2022
Eric Schwerin became one of Hunter Biden’s closest friends, business associates, and an emotional “pillar” to the president’s troubled second son over a 20-year relationship that transformed the enigmatic moneyman into a D.C. power player. The 52-year-old fixer — who made at least 27 visits to the White House and […] 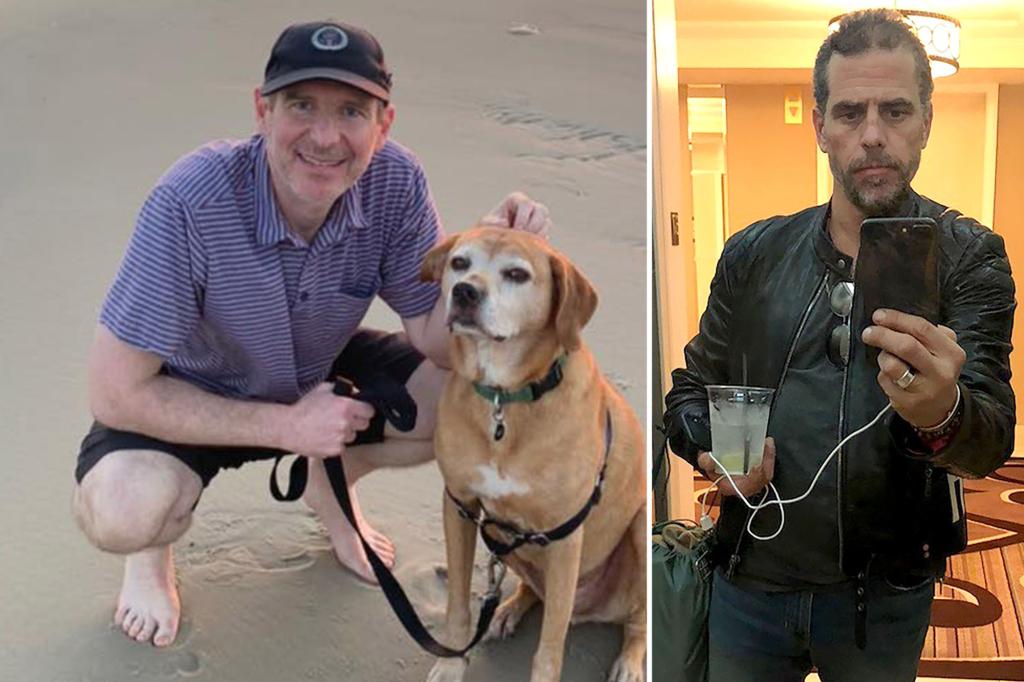