A Philadelphia-based start-up has raised $69 million to buy e-commerce companies and use entertainers and online influencers to build their brands.

Mainfactor, launched in March 2020, plans to buy small and midsize firms that sell clothes, cosmetics, and fitness products online. The start-up aims to grow the businesses through digital marketing and collaborations with artists and content creators.

The company joins a recent trend of larger firms buying up small online sellers. Some companies have snapped up third-party sellers that use Amazon, but Mainfactor wants to consolidate brands that directly sell products to consumers or use Shopify, a Canadian e-commerce platform. Mainfactor is focused on buying profitable brands in the apparel, health and beauty, fitness, and entertainment categories, believing that they lend themselves well to influencer and entertainment-driven marketing, CEO Mike Fiebach said.

Global e-commerce sales are expected to top $4 trillion this year, fueled by a pandemic surge in online shopping, according to the Adobe Digital Economy Index. But many online sellers struggle to reach customers on their own, said Subodha Kumar, a marketing professor at Temple’s Fox School of Business. Many rely on giant e-commerce platforms such as Amazon, eBay, and Walmart that have huge user bases but charge hefty fees, he said.

“They don’t have enough horsepower to break through on their own,” Kumar said. “And that’s where companies like [Mainfactor] come into the picture. They’re saying, ‘This is a great idea. Why don’t you give it to us and we will run it?’”

The $69 million seed round — a combination of capital and credit — was led by Upper90, a New York e-commerce investor. Other investors include Khajak Keledjian, the founder of the women’s fashion retailer Intermix; Gary Veloric, the co-founder of the financial firm JG Wentworth; and tech investor Jean Pigozzi.

The bulk of the funds will go toward buying and supporting e-commerce companies, Fiebach said. The start-up is close to completing deals to acquire four businesses, he said. Mainfactor also has some cash to grow its roughly 16-member team.

Fiebach, a Philadelphia native, previously built a digital marketing and e-commerce company called Fame House, which was purchased by Universal Music Group in 2016. He founded Mainfactor with Meredith Franzese, a Temple grad with experience in mergers and acquisitions, and Jamie Ross, a former consultant in building Shopify-based direct-to-consumer businesses.

Fiebach said he watched the growth of direct-to-consumer and Shopify-based businesses and thought there was a “clear opportunity” to consolidate them. Then he connected the dots to his experience in entertainment at Fame House and came up with the idea behind Mainfactor.

“Fans of artists and influencers with dedicated audiences will buy products associated with the entertainers they love, and there is always demand for new kinds of items,” he said. “That’s when it all came together in my mind: Build an ecosystem of [direct-to-consumer] brands and creators, and they can make each other more successful.”

There are a number of ways entertainers and content creators get paid, from payments tied to purchases to sponsorship-style arrangements, all the way to an artist having profit interests or equity in a business that Mainfactor acquires, Fiebach said. The start-up has a number of artist clients — including hip hop and electronic artist DJ Shadow and hip hop duo Run the Jewels — and is looking to expand its roster.

In addition to entertainment-driven partnerships, Mainfactor plans to grow the businesses through optimizing advertising spending and centralizing customer service and warehousing, Fiebach said.

The Past, Present, and Future of VR and AR Technology in Business

Sun Oct 3 , 2021
Share Tweet Share Share Email Over the past three decades, digital transformation has moved at a lightning-fast pace. Nearly every technology used throughout the 80s, 90s, and early 00s evolved into the devices we use today or became obsolete as other technologies, such […] 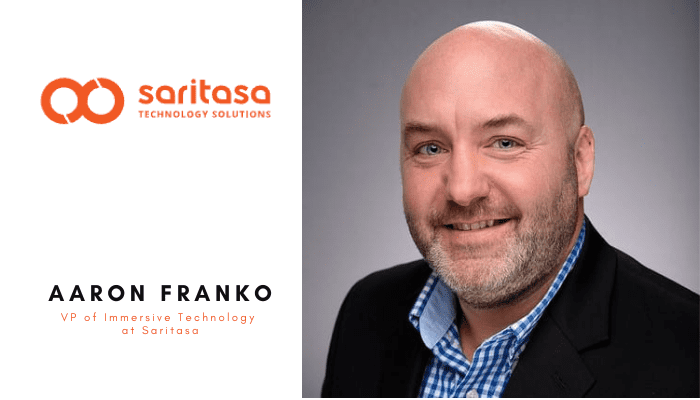