After 2022’s calamitous first half, despite the recent choppiness, July is shaping up to be the best month of the year so far.

In fact, according to Lori Calvasina, Head of U.S. Equity Strategy at investment firm RBC, there’s a real possibility it’s generally up from here, or at least, the bottom could be very near.

“If the US economy is headed for the economic scenario that’s currently embedded in consensus forecasts, or a relatively short and shallow recession that begins in 2H22 and wraps up in early 2023, we think it’s possible that the S&P 500 has already bottomed, and if it hasn’t, will find a bottom during the 3rd quarter,” Calvasina explained.

There might be signs of improvement, but many stocks are still down significantly for the year. And with changing sentiment, this could spell opportunity.

Against this backdrop, using the TipRanks platform, we have pinpointed 3 names which all fit a certain profile; beaten-down stocks that are rated as Strong Buys by the Street’s experts and are poised to forge ahead over the coming months. Let’s take a closer look why the analysts think these names could make compelling investment choices right now.

Operating at the intersection where media, the internet and tech meet, IAC is an active investing company. A serial acquirer helmed by Barry Diller, its Chairman and Senior Executive and mentee CEO Joey Levin, the company has an enviable track record of building firms up. But what sets IAC apart is that once businesses are established, they are spun-out to operate as their own public entities. Vimeo, Expedia and Match Group have all been given the IAC treatment.

Its current holdings include Dotdash Meredith, the U.S.’s largest digital and print publisher, and internet services company Angi. The company also boasts investments in Turo and MGM Resorts, amongst others.

In the latest quarterly statement, for Q1, the company’s revenue increased by ~69% year-over-year to reach $1.33 billion, in turn beating the $1.31 billion consensus estimate. The revenue growth can be mostly attributed to Dotdash Meredith, as the company reaped the benefits from acquiring Meredith Holdings. Revenue grew by 665% from the same period a year ago – from $65.4 million to $500.5 million.

Like many others, IAC shares have suffered at the hands of 2022’s tough stock market environment and are down by 49% year-to-date. However, this fact is highly appealing to Cowen analyst John Blackledge.

“IAC is our best Smidcap idea for 2022, as IAC’s portfolio businesses trade at a significant conglomerate discount,” the 5-star analyst writes, before laying out the bullish case. “We view IAC as a solid operator of a diverse portfolio of Internet assets. Following the spin of VMEO in 2Q21, the table is set for IAC to refocus on its emerging businesses. Additionally, ANGI, Inc. is the leading global Home Services company with a large addressable market. Other assets including Dotdash Meredith, Search and the Emerging/Other segment are creating shareholder value over time. As a result, we see significant upside from current levels.”

Overall, the Strong Buy consensus rating shows that Wall Street generally agrees with the Cowen take here. IAC has 13 reviews on line, including 12 Buys and 1 Hold. The shares are priced at $67.06 and their $128.25 average price target suggests a one-year upside potential of 91%. (See IAC stock forecast on TipRanks)

Let’s take a sharp turn now and down an altogether different lane. Since Vintage Wine Estates was founded more than two decades ago, it has been actively engaged in every facet of the wine industry, from the cultivation and harvest of the grapes to bringing the final product to market. It is now one of the top 15 wine producers in the U.S. and boasts more than 50 brands in a portfolio that via a series of acquisitions has grown significantly over the past 20 years. The company’s vineyards and wineries are on the US West Coast – in Washington State, Oregon, as well as Napa and Sonoma, two of California’s top wine regions.

In its latest earnings report, for F3Q22 (March quarter), the company delivered revenue of $78.94 million, amounting to a 68% year-over-year increase, whilst coming in ahead of the Street’s forecast for $67 million. On the flip side, adjusted EBITDA of $14 million just missed the $15 million consensus estimate.

The strong sales display prompted the company to raise its F2022 revenue guidance from the prior $275-$285 million to between $290-$295 million. However, given recent acquisitions and inflation, which are impacting margins, the company reduced the F2022 adjusted EBITDA outlook from $63-$66 million to $62-$64 million.

Reflecting on the quarter, Canaccord analyst Luke Hannan applauds the company’s solid execution, in spite of the supply chains snags. He writes, “Q3/F22 was a solid quarter, and the prospects for growth remain positive, in our view. Demand remains healthy across each of VWE’s operating segments, and despite a challenging supply chain environment, VWE continues to drive margin expansion through its organic and acquisitive growth pillars.”

Considering the share price drop – down by 41% year-to-date – Hannan notes several reasons why investors should take note: “We believe VWE shares are attractively valued at current levels, given (1) our target multiple is modestly above branded wines/spirits peers that offer a slower pace of revenue and EBITDA growth over the medium term, and (2) the company has outsized exposure to the e-commerce channel, a higher margin segment, relative to peers.”

VWE has garnered two other reviews recently and both are positive, providing the stock with a Strong Buy consensus rating. The average price target clocks in at $13.50, suggesting shares will climb ~93% higher over the coming months. (See VWE stock forecast on TipRanks)

Let’s turn the dial again and next tune into Townsquare Media. Primarily known for being a terrestrial radio company targeting smaller U.S. markets – TSQ’s portfolio boasts 356 local terrestrial radio stations spread across 74 cities in the U.S. – since the end of the 2000s, the company has reimagined itself as a digital media specialist.

Its segments now include the digital marketing division, Townsquare Interactive, which provides services focused on the online needs of small businesses, and Townsquare Ignite which offers online advertising solutions.

While historically, the broadcasting segment (which also includes live events) provided the majority of Townsquare’s revenue, the company’s digital arm (Townsquare Interactive and Townsquare Ignite), which has experienced significant growth, became the primary source of revenue (with 51%) in the first quarter of 2022.

The period’s revenue haul increased by 13% year-over-year to reach $100.24 million, just edging ahead of the $98.99 million the Street’s analysts had in mind. The company generated adj. EPS of $0.19, falling short of the $0.22 Wall Street anticipated, although above the $0.17 delivered in the same period last year.

Laying out his assessment of the company, Barrington analyst James Goss highlights the revenue mix as one reason to be bullish.

“We take a sum of the parts approach, assigning a more conservative multiple to the radio assets while taking a more aggressive stance on the two broad digital segments,” the analyst said. “Even more aggressive assumptions could be contemplated as we move beyond current economic uncertainties. Collective digital operations now contribute more than half total revenues, providing important diversification while complementing Townsquare’s quality radio operations. The primary focus is on debt reduction, though the company also has a share repurchase program with $50 million of authorization.”

The shares might have shaved off 41% of value since the start of the year, but Goss expects the stock to claim back the losses and some. Along with a Buy rating, the analyst’s $19 price target makes room for one-year gains of ~143%. (To watch Goss’s track record, click here)

Over the past 3 months, two other analysts have waded in with their thoughts on TSQ’s prospects; both rate the stock a Buy too – making the consensus view a Strong Buy. The average target is even more bullish than Goss will permit; at $21.33, investors could be sitting on returns of 172% in a year’s time. (See TSQ stock forecast on TipRanks)

 Marketing about Muay Thai camp for boxing in Thailand

Thu Aug 18 , 2022
At many of the popular Thai boxing training camps in Thailand they have attendance sheets filled with some well-known names, the names of people who have been involved in this sport for many years sometimes for decades. Some training centers have hundreds of people who are members of that institution. […] 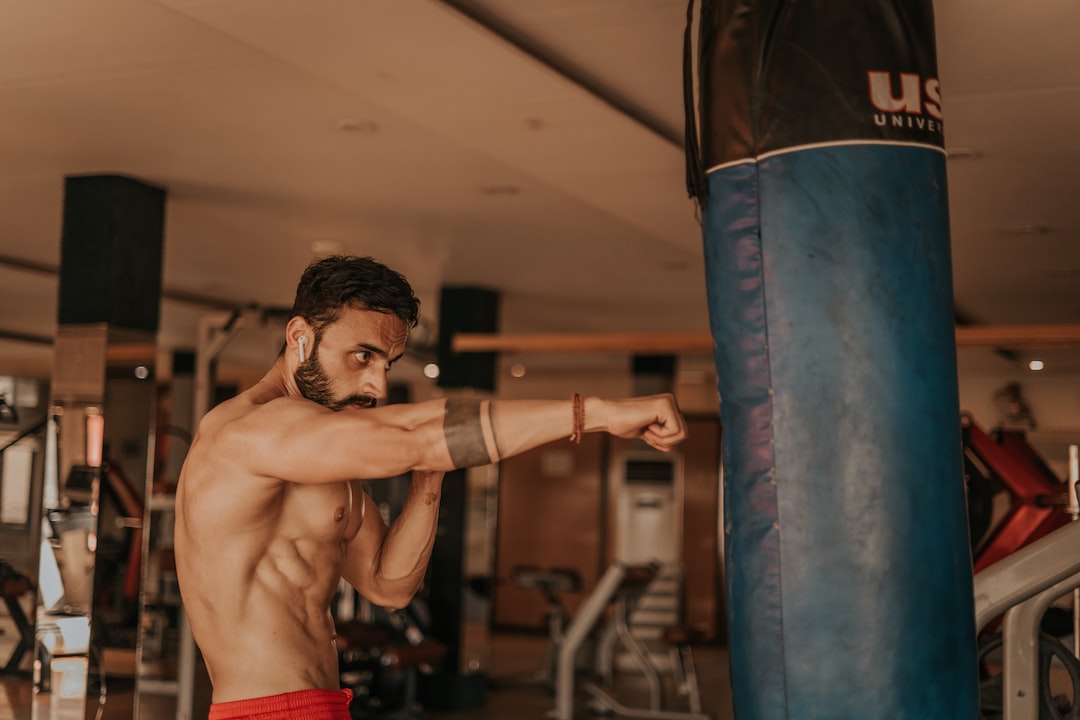