HISTORIANS OF SCIENCE distinguish between useful discoveries, such as dental floss, and “general-purpose technologies” that can be applied to numerous purposes—such as electricity, which powers everything from factories to streetlights to televisions. These transformative inventions, and the gadgets they spawned, were developed at a swift, industrial pace in the 19th and 20th centuries. Now, though, a new phase of progress is under way: many technologies are not following linear growth rates but exponential ones. This does more than speed up innovation. It poses drastic challenges for businesses, governments and society.

Many Western institutions are unprepared for this shift because they are stuck in an industrial-age mindset, say three new books. There is good reason for that: people are generally far more familiar with linear growth, in which things change or add up bit by bit, than with the exponential kind, whereby they double or triple (or more) at each increment. For example, if a step is a metre long and you take 25 of them, you have travelled 25 metres. But if each step grew exponentially, doubling from one to two to four metres and so on, your seventh pace would cover a football pitch—and your 25th would span 33m metres, or almost the circumference of Earth.

It may initially seem slow and boring, but exponential change suddenly becomes unfathomably dramatic. The world is in the midst of just such a transformation, argues Azeem Azhar. Computer technology, he notes, long observed Moore’s law, according to which the power of a computer chip (as measured by the number of transistors) doubles every two years, basically with no rise in cost. But, says Mr Azhar, today such exponential growth is also characteristic of other technologies that have been supercharged by digitisation or advances in artificial intelligence (AI). These include solar cells, batteries, genome-editing, augmented reality, 3D manufacturing, online business, even electric cars and urban farming—as well as, alas, online misinformation, cybercrime and warfare.

A slew of superstar firms are emerging on the back of these technologies. They are dominating their sectors because of network effects, whereby using the same platform is widely beneficial. For example, Alibaba, a Chinese e-commerce giant, created an online-payments system in 2004. Nine years later that had become the world’s largest mobile-payment platform, called Ant Financial. By having a plethora of data it could improve its service, which made it more popular, which in turn let it collect more data—a cycle known, in a term popularised by Jim Collins, a management scholar, as a “data flywheel” effect.

Ant Financial’s data scientists saw that women who bought skinny jeans were also more likely to pay for phone-screen repairs. They speculated that the handsets were slipping out of the trousers’ pockets. So the firm began directing offers of screen insurance at skinny-jeans-wearing women. Because of such insights and targeting, 80% of its customers use at least three of its five financial products. Traditional banks that lack such data are at a huge disadvantage—which Mr Azhar calls “the exponential gap”.

With his experience as a startup entrepreneur, tech investor, innovation executive at big companies and journalist (including, 25 years ago, at The Economist), Mr Azhar is well-placed to decrypt these digital trends. He has a knack for interrogating and inverting conventional thinking, for example in making the case that the adoption of exponential technology leads to job increases, not cuts—witness the rising headcounts of expanding businesses such as Amazon or Ocado, a British online grocer. The unemployment that results, he says, is down to the firms that fail to adapt, not those that do.

The importance of harnessing technology for business is the theme of “Masters of Scale” by Reid Hoffman, a co-founder of LinkedIn, and his two co-writers. Readers of his book (based on a popular podcast of the same name) will need to look past the stomach-churning clichés with which he implores would-be tech moguls to “Shoot for the Moon” or “Get in the trenches”. When he delves into the stories of his fellow entrepreneurs, by contrast, Mr Hoffman adeptly draws out the essence of their strategies.

Kevin Systrom, for instance, launched a photo-sharing app that grew exponentially by reducing its features rather than, as you might expect, expanding them: within ten weeks it had 1m users. The company, later named Instagram, was sold to Facebook for more than $1bn when it had just 13 employees. (Mr Hoffman duly advocates “blitzscaling”, or doing whatever is necessary to get big quickly.) Often a founder’s narrative is a mix of myth and pabulum, but beneath those are usually bold decisions that swayed the company’s fate. The book illuminates the critical, often eccentric insights that have in some cases led to warp-speed success.

The implications of these technology and business trends for economic growth and the advancement of knowledge are Michael Bhaskar’s theme in “Human Frontiers”. He enters the debate over the “great stagnation”: the idea that innovation is becoming harder because the most graspable advances have been made. According to this provocative thesis—a much gloomier one than Mr Azhar’s—research is growing costlier and its findings less dramatic. Much of today’s innovation aims to deepen understanding of existing science rather than exploring fresh terrain.

Mr Bhaskar used to be a writer for Google DeepMind, a top corporate AI laboratory, and he fluently explains the stakes of the debate, and the way the limits of knowledge have expanded in episodes ranging from the scientific revolution to the upheavals of AI. Yet, maddeningly, he declines to answer the question he poses. “Our ideas”, he writes bathetically, “will either rapidly shrink from the frontier or continue charging towards it.” Exponential or bust, in other words.

Cynics may snigger at the hype around tech firms. But exponential-age companies often enjoy the last laugh, whether in Amazon’s routing of Sears, Netflix’s besting of Blockbuster, Apple’s defeat of Tower Records or Instagram’s kibosh of Kodak. In each case, the upstarts were better at co-opting digital tools and applying them creatively. These books make a convincing case that something extraordinary is taking place in business and society. But they are far from the end of the conversation. ■

Tue Oct 19 , 2021
In this article, we will take a look at the 10 stocks that surpassed earnings expectations. You can skip our detailed analysis of these companies, and go directly to the 5 Stocks That Surpassed Earnings Expectations. Leading U.S. banks announced their quarterly financial results in the first week of the […] 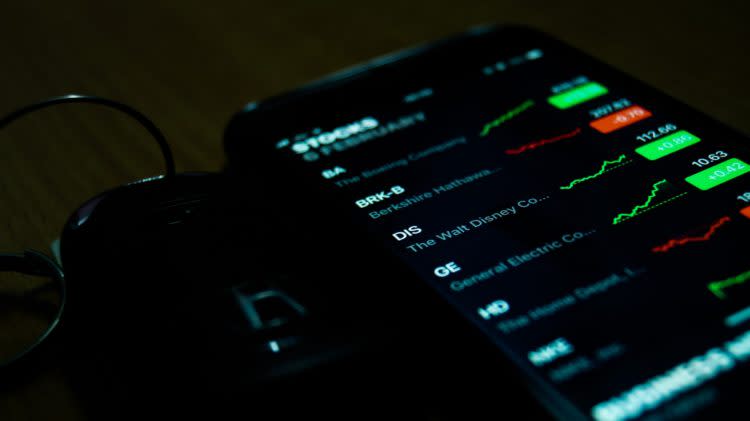